fulfill the imagination and desires amongst all the men and women all of us will probably be the search for best replica watches review.

Deprecated function: The each() function is deprecated. This message will be suppressed on further calls in _menu_load_objects() (line 571 of /home/billystar/epitaphs/includes/menu.inc).

Remembrance Day - or Poppy Day, as it is also known - is observed yearly on November 11, and has been officially celebrated since the end of the Second World War, to remember all those who died while serving in the armed forces. Prior to this, Remembrance Day was celebrated as Armistice Day, beginning at the end of the First World War, in 1918. For more information on its roots and history, see our article on Armistice Day.

Remembrance Day became it's own holiday at the end of the Second World War in 1945.

The ACF Corps of Drums passing through Castle Ditch, heading the Caernarfon Remembrance Day Parade in 2009.

Remembrance Day parades are held all over the United Kingdom, Canada, Australia, and many other countries, often involving the military and veterans organizations, and flags are flown at peak untill 10:30 am, at half-mast from 10:30am to 11:03am, and then at peak the for remainder of the day.

The red field poppy has become a familiar emblem of Remembrance Day, known now as the "remembrance poppy" due to the poem In Flanders Fields, written by Canadian John McCrae in 1915. In Great Britain, red poppy wreaths are left at the Cenotaph war memorial in Whitehall, which was built after the First World War, and a 2 minute silence is observed at 11 a.m., to honor those who died serving during wartime.

In Flanders fields the poppies blow
Between the crosses, row on row,
That mark our place; and in the sky
The larks, still bravely singing, fly
Scarce heard amid the guns below.

We are the Dead. Short days ago
We lived, felt dawn, saw sunset glow,
Loved and were loved, and now we lie
In Flanders fields.

Take up our quarrel with the foe:
To you from failing hands we throw
The torch; be yours to hold it high.
If ye break faith with us who die
We shall not sleep, though poppies grow
In Flanders fields.

The poem is said to have been written after the Second Battle of Ypres; where his friend, Lieutenant Alexis Helmer, was killed. The red field poppy is now the internationally recognized symbol of remembrance. The poppies, according to the poem, symbolize those who died in Flanders Field; and have since gone on to represent all who have died during war time, the brilliant red color a striking illustration of the blood spilled in war. 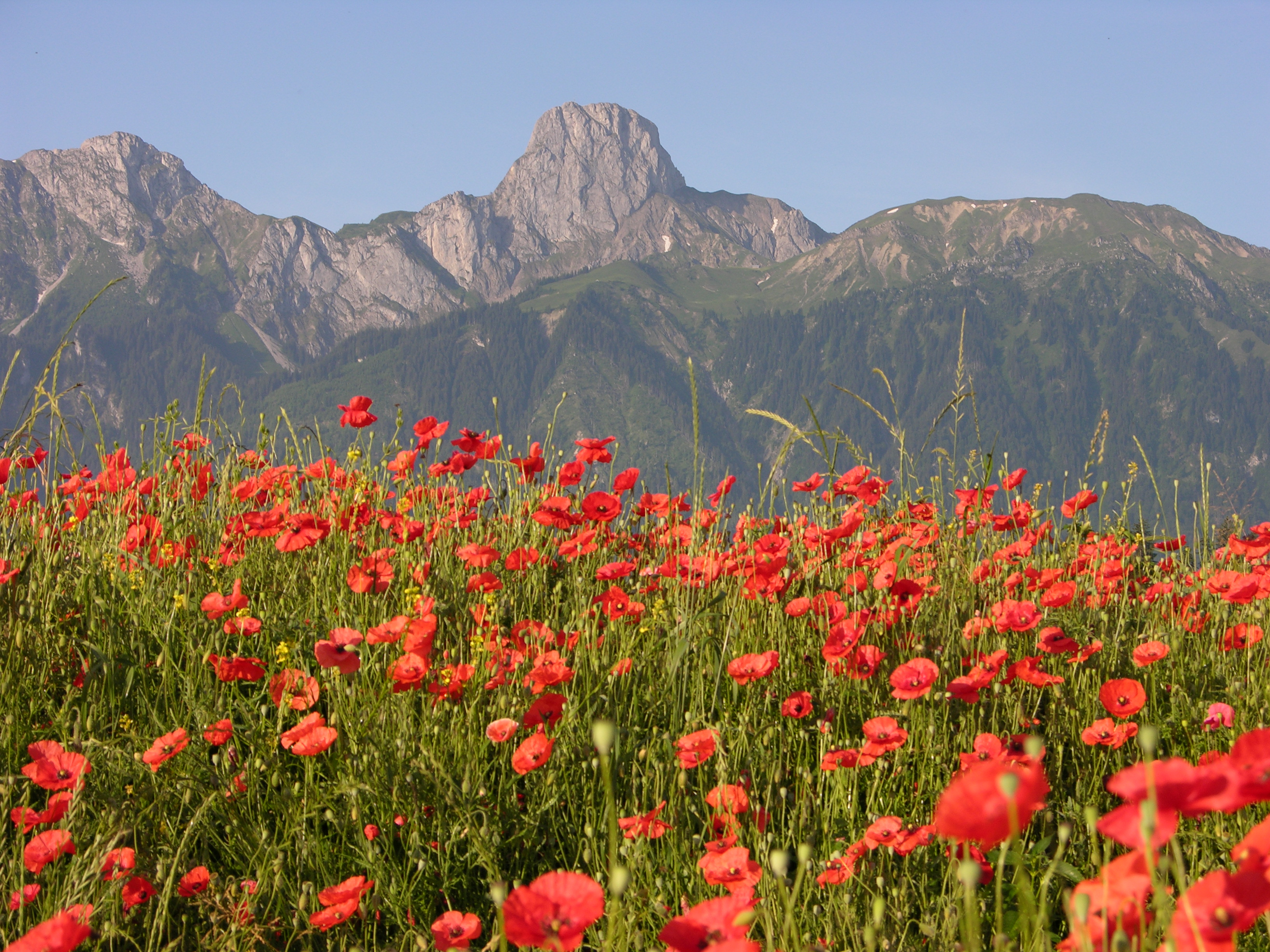 By Ursula Stürmer (Own work) [GFDL or CC BY-SA 3.0], via Wikimedia Commons