Memorial Day is a United States federal holiday observed yearly on the last Monday in the month of May, to specifically honor those who died while serving in the United States armed forces. Memorial Day was created by the merger of competing Union and Confederate holiday traditions, which began after the end of the American Civil War in 1868. The Union veteran holiday Decoration Day, stands as the most prominent of these traditions, where a Union organization called the Grand Army of the Republic would decorate the the graves of those who died in the war, with flowers.

Though the change did not take effect until 1971, Memorial Day became an official federal holiday in 1968, when Congress passed the Uniform Monday Holiday Act, which established Memorial Day as the last Monday in May.

Many people visit cemeteries and memorials, particularly to honor those who have died in military service, and to remember family members who died while serving in the armed forces. Family members often gather together to meet at the grave of a deceased family member; and In many national cemeteries, volunteers place a small American flag on each grave.

Memorial Day parades are common in many cities across America, often incorporating military personnel and members of veterans’ organizations. Each year on Memorial Day at 3:00 p.m. local time, a national moment of remembrance is observed. 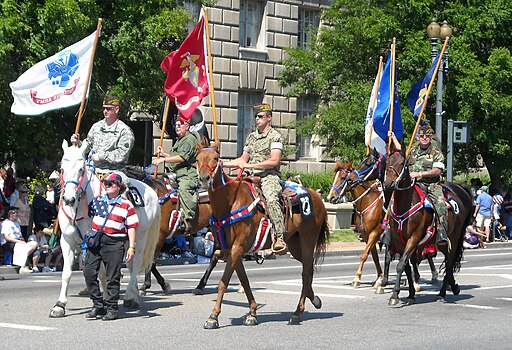