Armistice Day has been observed since 1918, and precedes both Veterans Day and Remembrance Day. Since the end of the First World War it has been observed yearly on November 11, by the member states of the Commonwealth of Nations. It is a memorial holiday to commemorate those who were killed in the line of duty while serving in the armed forces of the Commonwealth of Nations, and to celebrate the end of the hostilities of World War I. Hostilities ended at the signing of the armistice by Germany and The Triple Entente, also known as The Entente; consisting of the three main allies of World War I: Great Britain, France and Russia. The signing took place in Compiègne, France; at the 11th hour (11am), of the 11th day, of the 11 month, 1918. Though the signing signified the end of hostilities, the war would officially end at the signing of the treaty of Versailles, on June 28, 1919.

Crowds at City Hall in Broad Street, Philadelphia, celebrating the news of peace at the first Armistice Day in 1918.

"To us in America, the reflections of Armistice Day will be filled with solemn pride in the heroism of those who died in the country's service and with gratitude for the victory, both because of the thing from which it has freed us and because of the opportunity it has given America to show her sympathy with peace and justice in the councils of the nations." 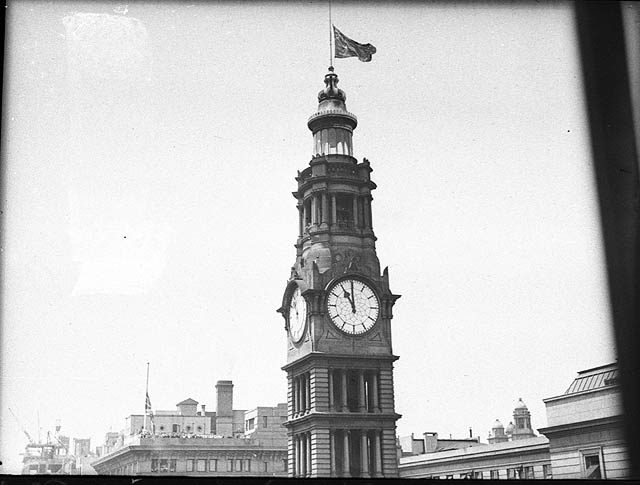 In many countries around the world, at 11:00 on Armistice Day, and subsequently Remembrance Day, there is a minute of silence observed to reflect on the sacrifice of the men and women who gave their lives during the First World War, and the many wars following.

The red field poppy is also a common symbol used during Armistice Day. For more information on history and use of the poppy, visit our page on Remembrance Day.